Energy and Greenhouse Gases (GHGs)
We promote energy efficiency, increase the use of renewable energy, and support the management and valorization of waste/wastewater in our feed, farm, and food business in order to reduce greenhouse gas emissions. At the same time, we also promote the increase of green areas in our operations to help absorb carbon dioxide. 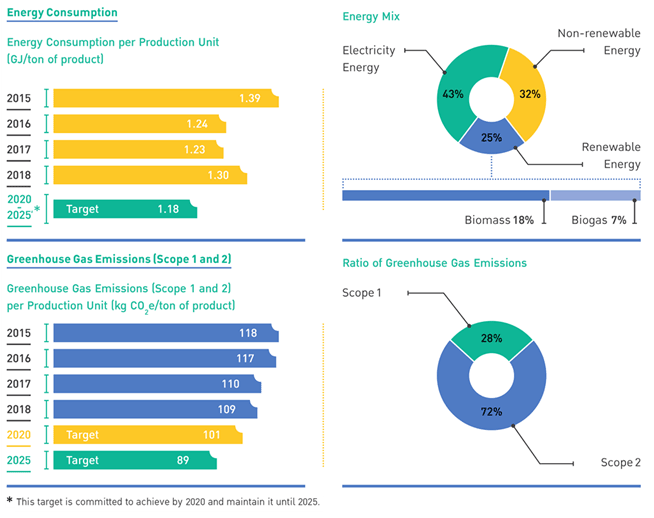 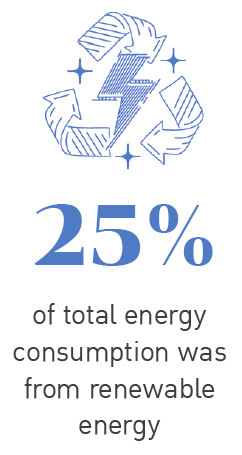 Efficiency Improvement of Large-scale Cooling and Air Conditioning System Projects
The swine, broiler, layer, and ready-to-eat food businesses, in collabouration with the Department of Alternative Energy Development and Efficiency launched a total of 32 projects geared towards improving the energy efficiency of large-scale cooling and air conditioning systems. The projects are able to reduce annual electricity consumption by up to 8.5 million kWh, saved more than 29 million Baht per year, and reduced GHG emissions by 4,600 tons CO2e per year.
Environmentally-friendly Swine Feed Innovation Project. 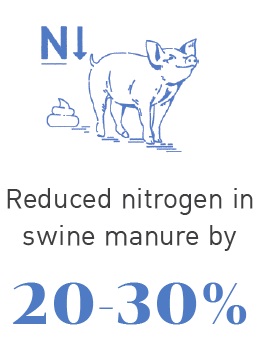 It is widely known that pig manure has a nitrogen compound that generates nitrous oxide, one of the greenhouse gas causing global warming. To mitigate the impact right at the source, in 2017 we invested in the research and development of “green swine feed” to reduce the level of nitrogen during excretion (N-excretion) by using our feed production technique together with the use of synthetic amino acids which was produced by using biotechnology.
Our green swine feed innovation helps reduce the level of nitrogen in pig manure by 20-30% and helps reduce cost without affecting the quality of meat.
In 2018, the Environmentally-friendly Swine Feed Project was able to reduce the quantity of nitrogen in swine manure by 20-30%, equivalent to a reduction of approximately 90 tons of nitrous oxide emissions, or 23,700 tons CO2e in Thailand operations. The Company expanded the implementation of the Project to its swine feed production businesses in seven countries: Laos, Cambodia, Vietnam, Philippines, China, Taiwan, and Russia, which reduced GHG emissions by more than 41,000 tons CO2e.
Environmental Governance
Climate Change Strategy
Water Management
Waste Management
Packaging Management
Product Sustainability
Circular Economy