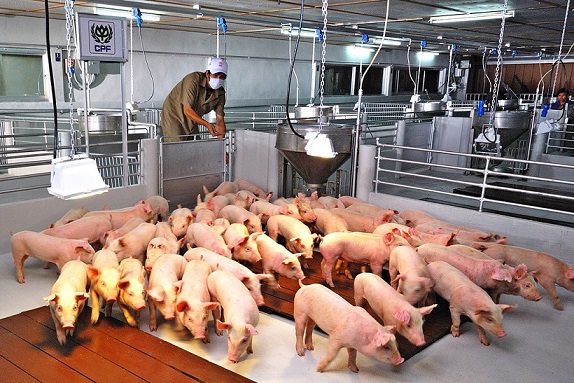 Charoen Pokphand Foods Public Company Limited (CP Foods) is promoting its Greenfarm practice among its own pig farms and contracted swine farmers, to harness energy from biogas and solar power in the quest to make the business more environmentally-friendly. All pig farms of CP Foods have installed biogas systems and solar farms have been erected at some farms to ensure energy security and optimize available renewable energy.

Somporn Jermpong, Executive Vice President of CP Foods, said that all 98 pig farms owned by CP Foods and contracted farmers have implemented the Greenfarm standard since 2009. Under the practice, waste is tackled by the biogas system that benefits both the environment and community. Meanwhile, ventilation systems are installed at the end of barns, to effectively take care of foul smell. The plantation of trees in the vicinity and space between barns adds the greenness, reduces the heat for barns and helps reduce the energy that powers the Evaporative Cooling System (EVAP).

Importantly, CP Foods emphasizes the optimization of energy efficiency under the Circular Economy concept. The focal point is on the biogas system, an integral part of green farms, that turns biogas to energy for internal use. The biogas helps cut the energy expenses by 50-80% and reduce greenhouse gas emissions by 370,000 tons of carbon dioxide equivalent per annum. The system cuts down energy consumption while helps mitigate the impacts on climate.

Solar cells have been installed to generate power for the farms, to further reduce energy consumption. This has been turned to solar farms. Pilot solar farms that have already generated power, 1.3 megawatts in total, are located in the Kanchanaburi, Vichienburi, Srithep, Phetchabun and Thacharung farms. Six more farms – Chanthaburi 1, Nongkhai, Khok Pee Khong, Khlong Udom, Silathip and Lopburi farms – are enlisted for the second phase with a total capacity of 1.25 megawatts. More farms will be later included in the solar farm project.

“CP Foods aspires to make its farms environmentally-friendly for peaceful coexistence with community. While CP Foods farms are the role models, successes are replicated at contracted farms highlighted by the Greenfarm standard, the biogas system and solar farms. These natural resources ably feed power to the farms. The internally-generated clean energy helps reduce the energy cost. At some farms, it fully substitutes the power supply from the Provincial Electricity Authority. It also reduces carbon emissions generated by our production,” Somporn said.

Meanwhile, all pig farms of CP Foods focus on sustainable water management throughout the supply chain through the 3Rs principle – Reduce, Recycle and Reuse. The principle reduces withdrawal from natural water sources. Treated water, so-called “fertilizer water”, is used to water grass fields, trees and organic vegetables grown for farms’ personnel. Retreated water is used for barn cleaning. For nearly 20 years, the “Fertilizer Water Sharing” Project has been up and running, to share the fertilizer water with neighboring farmers. The water improves growth and productiveness of plants, thus raising quality and quantity. It reduces farmers’ expenses on fertilizers, in line with CP Foods aspiration to help reduce the consumption of energy and natural resources for the friendly environment of all communities. 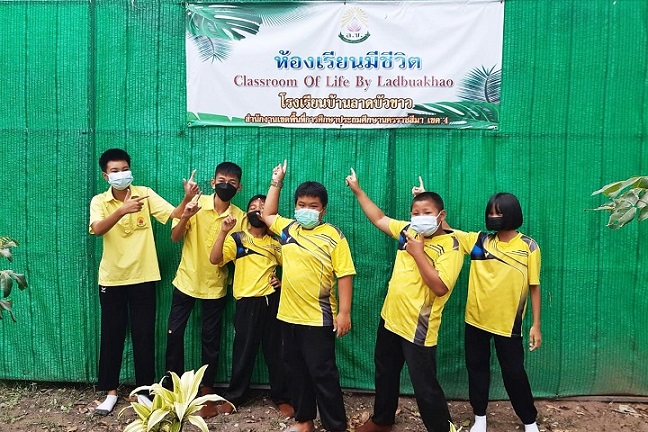